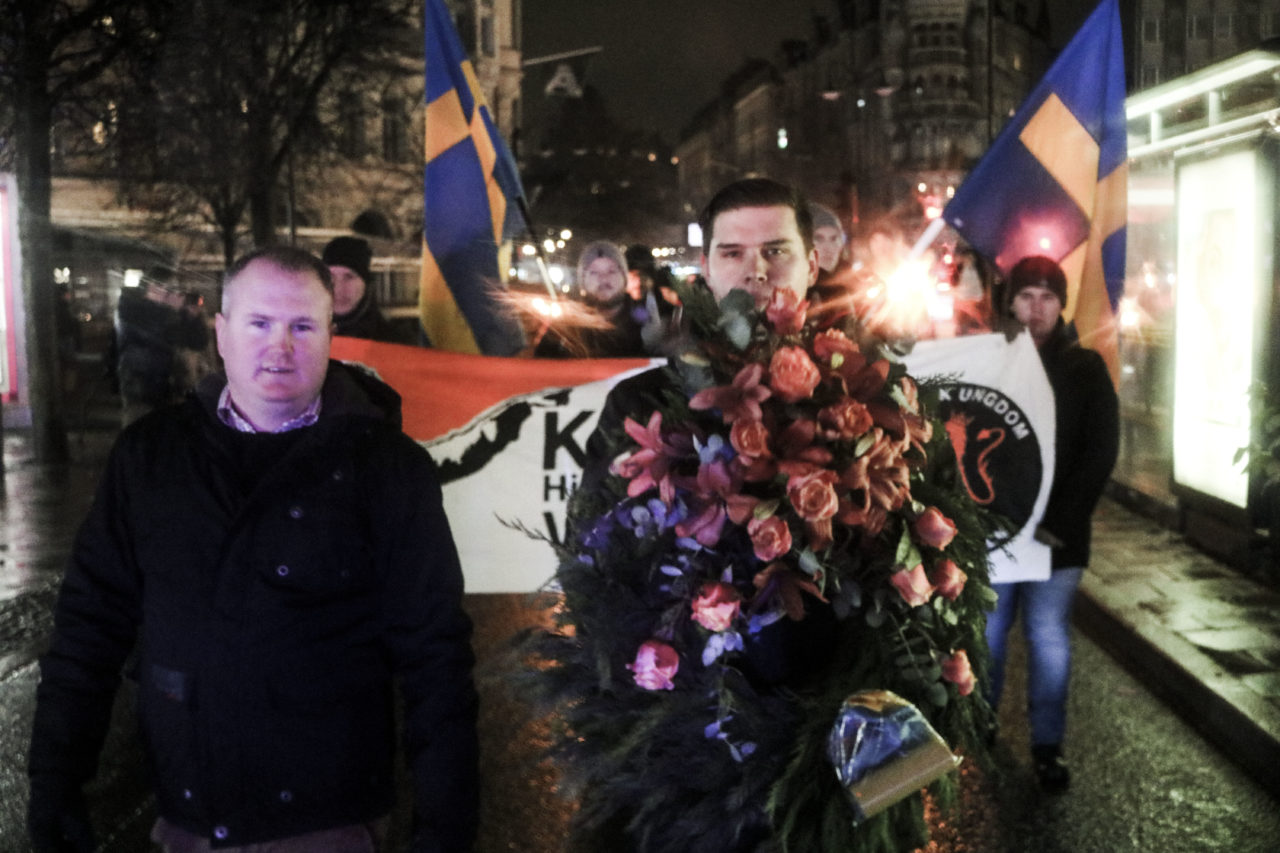 Nordisk Ungdom (Nordic Youth) today called for a demonstration to honour Karl XII on the day 300 years after his death. The tradition of commemorating Karl XII on November 30 goes a long way back in time. Today’s manifestation was the largest since 2005 and the first in almost 25 years to reach the statue in Kungsträdgården.

150 Swedish nationalists had heard the call to salute Karl XII, his life and his deeds. Karl XII is one of the most famous Swedish kings, both nationally and internationally, and journalists from as far away as from Ukraine had come to document the manifestation. The Swedish left, who has wanted to do everything possible to deconstruct our national symbols, has tried to change the image of the king to better fit into today’s multicultural Sweden. Swedes who opposed this and who mean that a nation needs national symbols and a common history to keep together society has been called everything from racists to Nazis.

When the manifestation, which originated from Humlegården in Stockholm, arrived at Karl XII’s square already many wreaths and bouquets lay on the statues foundation. Karl XII’s memory still lives strong in Swedish hearts! A minor disorder occurred with a handful of provocateurs that had infiltrated the manifestation. This kind of disorder is of course not acceptable, and we will better our effort to screen the participants from destructive elements in the future. However, our guards acted admirably and the manifestation continued as planned in a worthy manner.

Speaking for the day was the chairman of the Skandinaviska Förbundet (Scandinavian Leauge) Patrik Forsén, who read the poem Karl XII of Esaias Tegnér and Nordisk Ungdoms spokesman Fredrik Hagberg, who spoke more about Karl XII and his life and deed.